Our Clergy and Religious 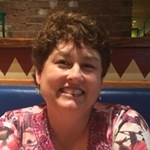 Debbie Street is the parish Wedding Planner.  She and her husband Glenn and their grown daughter Jaime have been parishioners since 1994.  Contact debbiepstreet@gmail.com. 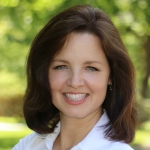 Cheryl Germino has been involved with catechesis and faith formation since the age of 17. She joined the Religious Education department at St. Augustine Parish as coordinator of grades 4-6 in July 2013, where she is also part of the Adult Faith Formation team. In addition to catechesis, she has a passion for and a background in Inner Healing Ministry and is a practicing Spiritual Director in the Archdiocese of Boston, offering individual sessions, retreats and workshops. She lives with her husband in Wakefield, and is the proud mother of three. Contact cgermino@staugustineparish.org. 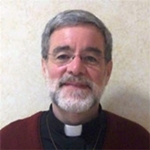 Fr. Peter became pastor at St. Augustine’s in 2009. He was assigned here once before, 1988-1993. He grew up in Reading, MA, the youngest of four children and attended Austin Prep where he met the Augustinian Friars and eventually became one in 1973!  Since then he has lived, studied and ministered in Philadelphia, Washington, DC, New York, Rome and since 1988, here in MA.  He holds a doctorate in canon law and has ministered at the Metropolitan Tribunal of the Archdiocese of Boston as well as in private practice. He also serves on the Board of Directors of Lazarus House Ministries in Lawrence and two local Catholic Health Care entities – Mary Immaculate Health Care in Lawrence and D’Youville Senior Care in Lowell – and Villanova University in PA. 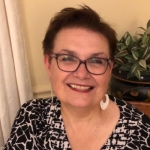 Cynthia Arsenault is responsible for all aspects of the music program including rehearsing our Youth, Contemporary Ensemble, and Adult Choirs, training and scheduling our cantors, planning music for our six weekly Masses, and for special liturgies such as funerals and weddings. Having begun her career in music ministry at the age of 13, she brings a lot of experience and depth to the music ministry at St. Augustine’s having joined the staff in 2009.  “I still can’t believe that I am so blessed to have spent all these years in a ministry that doesn’t feel like work because I love it so much”, says Cynthia.  Contact carsenault@staugustineparish.org. 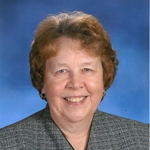 Sr. Madonna Marie Kling, CDP is a member of the Congregation of Divine Providence of Kentucky. She joined St. Augustine Staff in 2011 and currently serves as Pastoral Associate. As a member of the sisters of Divine Providence for 50 years, she has served various roles in academia, as a Director of Religious Education, in parish administration, and as a Director of the Office of Worship. Her first love is parish ministry and the people she works with in the many aspects of this ministry. “I have always been inspired by those I work with and am blessed to know so many holy and dedicated people.” Contact srmadonna@staugustineparish.org.

Derek Duquette joined the staff of St. Augustine Parish in 2017 with 6+ years of experience in maintenance of buildings and grounds. He also has trade experience in electrical, plumbing, and carpentry and a strong background in security. When not working he keeps busy by spending time with his wife, their two children and volunteer work at their school. Contact derekd@staugustineparish.org. 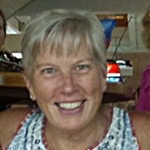 Patty Ehlbeck has been assisting Parishioners and Friars as our Parish Secretary since 2007. She is also responsible for reconciling the weekly offertory and year end statements. She and her two children joined the parish in 1994. Contact info@staugustineparish.org. 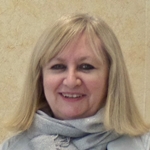 Bridget Rao joined the Religious Education Department as Director in 2007 having served as Director of Religious Education at St. Theresa’s, North Reading. Born and educated in the UK, Bridget spent many years as a research psychologist and health service manager before coming to live in the USA in 1998 with her husband and two children. When not directing the Religious Education program, Bridget is also a member of the bell choir, occasional member of Restless Hearts (the Teen Contemporary ensemble), provides the sanctuary floral displays, and is a regular lector both here and at St. Theresa’s. Contact brao@staugustineparish.org. 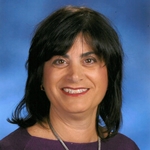 Joanne Heim joined St. Augustine Parish staff in May 2013 as our Religious Education Administrative Assistant.  In addition to supporting the activities of our students in Religious Education, she also assists with Youth Ministry and various other parish tasks.  Joanne is a lifelong parishioner, having been born and raised in Andover.  Her involvement with Religious Education began when she was a volunteer catechist for her own children.  She and her husband Brad, also a volunteer catechist, currently live in Atkinson, NH with their two daughters. Contact jheim@staugustineparish.org.